Have you ever wondered whether shopping at a farmers market is more expensive than the grocery store?

I buy almost 100% of the vegetables I eat during the growing season, from local organic farms at the farmers market. My assumption was not so much that farmers market produce costs more, but that organic produce does.

On a recent trip to the grocery store I had a look around and got the sense that the organic veggies I buy at the farmers market might actually cost less than grocery store veggies.

So I decided to do an official price comparison and post it here. Potential spoiler alert, I was really surprised by what I found!

Keep reading if you’re curious about a price comparison between the farmers market and the grocery store. And, whether buying local, organic produce costs more than conventional produce.

How I Conducted My Price Comparison

For the comparison, I used a recent haul from the Saturday Morning Market in St. Petersburg Florida. I shopped two farms that day that are certified organic.

The farms I shopped were:

Everything I purchased was grown within 120 miles of my home.

I then went to a staple grocery store chain here in Florida, Publix. It’s similar to Kroger or Food Lion. I checked the price on the same products as I had purchased from the farmers market.

The grocery store did have a pretty decent organic selection on the week I was there (6 out of my 11 items). But, organic doesn’t mean locally-grown.

Cost Per Item vs. Cost Per Pound

All of the produce I price-checked is in season locally. I know that because it was grown by local farms here in Florida. If it wasn’t in season, they couldn’t grow it.

So you’ll notice that certain staple items are missing from my haul because they weren’t available or ready to harvest during the week I was shopping.

Farmers Market Produce that I Price-Compared to the Grocery Store

So what is your prediction?

I picked up a very large bunch of fresh, organic basil at the farmers market for just $3. I’m going to dry it to use throughout the winter in my cooking. A much smaller 2-ounce bunch of organic basil was $3.49 at the grocery store.

At the farmers market, a bundle of two medium-sized organic bok choy were $3. At the grocery store the bok choy was not organic and $2.99 per pound. A similarly-sized bundle weighed 1.25 pounds and would therefore cost $3.74.

I love the anise smell and flavor of fennel and it’s a vegetable I enjoy roasting when in season. This fennel bulb was $2.50 at the farmers market. At the grocery store, non-organic fennel was $3.29 each.

I eat a salad practically every day during the growing season and let me just say, the lettuce can make or break your salad like the bread can make or break a sandwich. I didn’t really love salads until I started buying just-picked lettuce direct from farms, rather than the grocery store.

So how much is it? A bargain I gather… I get two large heads of just-picked organic lettuce for $5 at the farmers market, or one for $3. This week I chose a head of butter lettuce and a head of romaine.

I bought two squash at the farmers market. They weighed 4.9 pounds total and cost $8 for two. At the grocery store, squash were on sale for 99 cents a pound. So those same two squash would have cost $5.00, though they would not have been organic.

Organic zucchini, aka summer squash, was 5 for $5 at the farmers market. The zucchini I bought weighed 2 pounds. At the grocery store, local, but not organic, zucchini were $2.69 a pound. So they would have cost $5.38 at the grocery store.

What did my organic farmers market haul cost, compared to a similar – but not all organic – haul at the grocery store?

Total savings at the farmers market: $7.62

Let me just say, I did not realize I have been SAVING money by shopping at the farmers market. All while purchasing produce that is:

I’ve assumed I was probably paying more, but it didn’t matter because I shop farmers markets for other reasons.

I enjoy the feeling of connectedness I get by supporting farmers who are doing right by the land. The produce I’m able to buy at the farmers market also just tastes better and is healthier for me because it was grown without pesticides and in nutrient-rich soil.

What about you? If you weren’t already shopping at the farmers market, do you now plan to check it out? I’d love to hear in the comments below!

To find a farmers market near you, check out the National Farmers Market Directory.

Before You Go to the Farmers Market

If you’re new to this, please don’t go before reading this piece I wrote about how to spot fake farmers at the farmers market.

Some of the vendors at farmers markets are wholesalers and resellers that are no different from shopping the grocery store. It’s necessary to do a little research to be sure your farmers market haul comes from a local farm, if that is important to you.

My mission is to inspire you to be more connected to the food you eat and where it comes from. Join me as I source ingredients from local farms, prepare simple, whole food meals and show you how you can do the same! Follow along for farm-to-table meals, fermenting, foraging and slow food conversation. 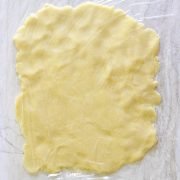 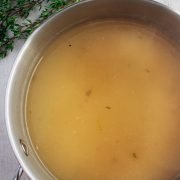 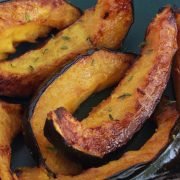 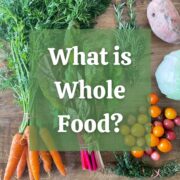 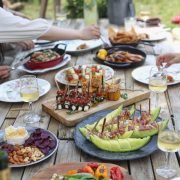 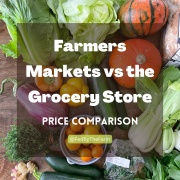 My mission is to inspire you to be more connected to the food you eat and where it comes from. Join me as I source ingredients from local farms, prepare simple, whole food meals and show you how you can do the same! Follow along for farm-to-table meals, fermenting, foraging and slow food conversation.

Fresh, Fed by the Farm Recipes 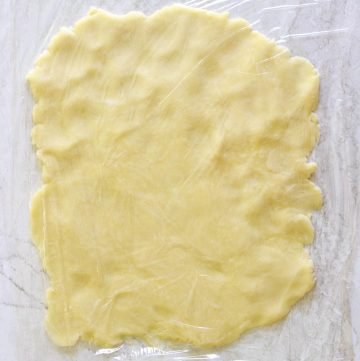